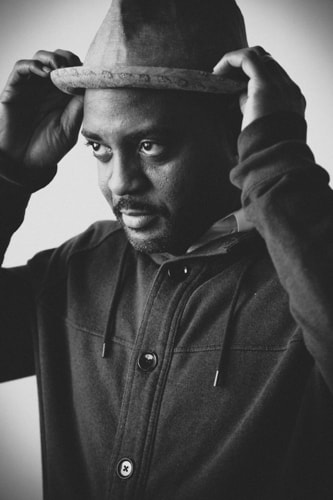 ​REGINALD DWAYNE BETTS
​
In October 2018, the New York Times Magazine published Reginald Dwayne Betts's long essay “Getting Out.” Several months later, the piece was awarded a National Magazine Award. The publication was another example of Betts entering into a new genre and bringing the same depth and richness of self-reflection and exploration of the central problem of this generation: incarceration and its effects of families and communities.

Reginald Dwayne Betts transformed himself from a sixteen-year old kid sentenced to nine-years in prison to a critically acclaimed writer and graduate of the Yale Law School. He has written two collections of poetry, the recently published and critically acclaimed Bastards of the Reagan Era and Shahid Reads His Own Palm. When awarded Betts the PEN New England Award for poetry for his collection Bastards of the Reagan Era, judge Mark Doty said: “Betts has written an indelible lament for a generation, a necessary book for this American moment.” His memoir, A Question of Freedom: A Memoir of Learning, Survival, and Coming of Age in Prison, is the story of a young man confined in the worst prisons in the state of Virginia, where solitary confinement, horrific conditions, and the constant violence threatened to break his humanity. Instead, Betts used the time to turn himself into a poet, a scholar, and an advocate for the reform of the criminal justice system.

Betts’s latest collection of poetry, Felon, was published in October 2019 by Norton. His poetry interrogates and challenges our notions of justice. Longtime New York Times critic, Michiko Kukatani calls Betts’s work both “haunting and harrowing.” A recent collaboration with visual artist Titus Kaphar lead to "The Redaction," an exhibition of prints at MoMA PS1. Drawing inspiration and source material from lawsuits filed by the Civil Rights Corps (CRC) on behalf of people incarcerated because of an inability to pay court fines and fees, "The Redaction" features poetry by Betts in combination with Kaphar’s etched portraits of incarcerated individuals. Together, Betts’s poems and Kaphar’s printed portraits blend the voices of poet and artist with those of the plaintiffs and prosecutors, reclaiming these lost narratives and drawing attention to some of the many individuals whose lives have been impacted by mass incarceration.

A widely requested speaker, Betts often gives talks about his own experience, detailing his trek from incarceration to Yale Law School and the role that grit, perseverance and literature played in his success. In addition, he has given lectures on topics ranging from mass incarceration to contemporary poetry and the intersection of literature and advocacy. Betts has given commencement speeches at Quinnipiac University and Warren Wilson College and has lectured widely at universities and conferences, including Harvard Law School, Yale Law School, the University of Maryland, the Beyond the Bench conference, and a wide range of organizations across the country.
​
Between his work in public defense, his years of advocacy, and Betts’s own experiences as a teenager in maximum security prisons uniquely position him to speak to the failures of the current criminal justice system and present encouraging ideas for change. That work has led Betts to be appointed by President Barack Obama to the Coordinating Council of the Office of Juvenile Justice and Delinquency Prevention and more recently for Governor Ned Lamont of Connecticut to appoint him to the Criminal Justice Commission, the state body responsible for hiring prosecutors in Connecticut.

Named a 2018 Guggenheim Fellow and a 2018 NEA Fellow, Betts's poetry has been long praised. His writing has generated national attention and earned him a Soros Justice Fellowship, a Radcliffe Fellowship, a Ruth Lily Fellowship, an NAACP Image Award, and New America Fellowship. Betts has been featured in The New York Times, The New Yorker, and the Washington Post, as well as being interviewed on NPR’s Fresh Air, The Travis Smiley Show and several other national shows. He holds a B.A. from the University of Maryland; an M.F.A. from Warren Wilson College, where he was a Holden Fellow; and, a J.D. from Yale Law School, where he was awarded the Israel H. Perez Prize for best student note or comment appearing in the Yale Law Journal. He is a Ph. D. in Law candidate at Yale and as a Liman Fellow, he spent a year representing clients in the New Haven Public Defender’s Office.